With an audience of about 400, I was part of a great night of music at the Country Gospel Bluegrass Night in Perth. I was one of six performing acts, which included young, award-winning country singer Henry Norwood, and the two headlining acts, The Moffatt Sisters with Barry Munro and Ray Adams, and The Clyne Brothers. It was great to be invited out to accompany Henry Norwood with his rendition of Vince Gill’s “The Garden” and to play back-up with The Clyne Brothers. For my set, I performed “Bowing the Strings” into “Maple Sugar”, “I’ll Fly Away”, “”Amazing Grace”, and “Lord of the Dance.”

I want to send out a big thank you to Lloyd Clyne (photo below) and to, especially, George Gardner for the opportunity to play at such an event. 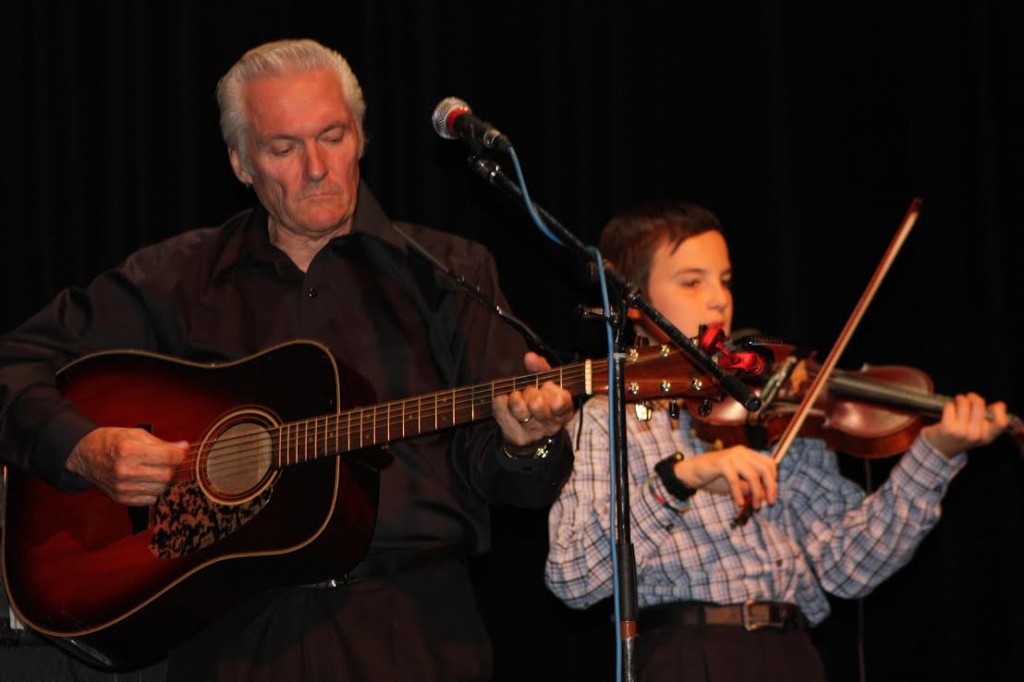