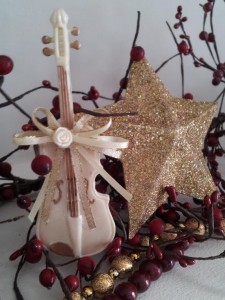 This New Year’s day I thought I would report in on my holiday season. The month of December began with my Nan flying up from Nova Scotia! She came up in time for a great house party. We held the fiddle jam right after Light Up the Night in Almonte that had great festivities and was lots of fun. We had a dozen musicians and lots of people that we have befriended this past year.

Through the month of December I played at a few jams and I performed at my school concert. The highlight of my music this month was composing a waltz for my Godfather. I called it Dusty’s Waltz after his mother that has passed away and performed it for him on Christmas morning, I think he really liked it.

My Christmas and New Years were spent with family and my good friends the Rudyks. I also celebrated my 13th birthday on the 30th, I am officially a teenager now! 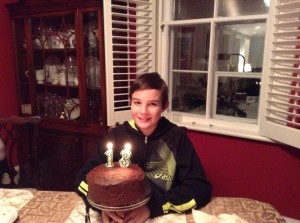